Host an evening that will inspire and transform the lives of your parishioners.

Let Outside da Box (OdB) facilitate an evening of reflection based on its critically acclaimed film Full of Grace. As part of OdB’s mission we are offering this evening for a minimal cost. We only ask your parish provide two things: cover the transportation, food, and lodging expenses for an OdB team member and do a fantastic job promoting the event in your parish.

Use the Evening of Reflection for: 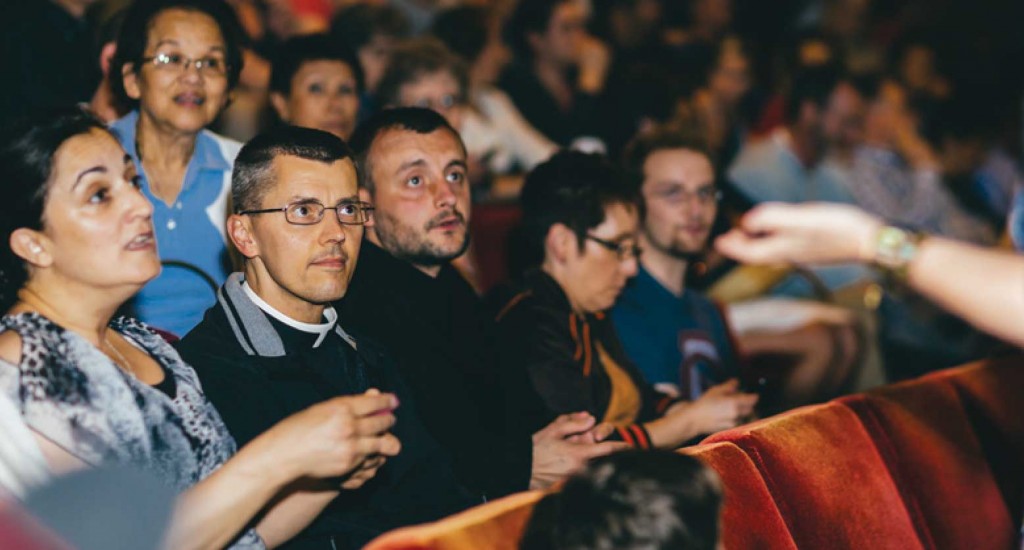 What others are saying:

“Full of Grace is a modern day work of art which will move your heart in the same way Michelangelo’s Pietà moves you to prayer and reflection. See this film and be energized in giving your own ‘Yes’ to God’s will for your life.”

Founder of CatholicMom.com and author of The Grace of Yes

“A breathtaking film and celebration of faith. I have not been moved by a film like this since The Passion of the Christ.”

“Full of Grace is a deeply peaceful and spiritual movie that gives a rare insight into the life of the Blessed Virgin Mary. My hope is that it can be used as a resource for prayer, reflection, and retreats.”

Outside da Box helps foster an encounter with Christ through the production and distribution of artfully made, spiritually rich films. 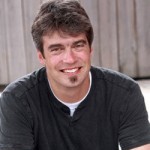 Eric Groth is Founder and Executive Producer of the award-winning production company Outside da Box. Eric has spearheaded the production of over 150 short films focused on the relevancy of Christ in teens’ lives. Over the past ten years, Outside da Box has forged dynamic relationships with national organizations including: Paulist Evangelization Ministries, Diocese of Wheeling-Charleston, Life Teen, National Federation for Catholic Youth Ministry and Los Angeles Religious Education Congress. He has been married to his wife, Becky, for 25 years and has eight children.

Bob Perron’s blend of humor and education has made him a highly sought-after speaker. His presentations leave his audiences laughing, smiling, deeply thinking, and perhaps even shedding a tear or two. Bob has been involved in ministry to young people and adults since 1984 and has served as a parish youth minister, parish director of religious education, camp director and diocesan youth director. He has spoken at hundreds of diocesan youth conferences and parish missions in over 40 states along with several countries. He has recently been the MC at the National Mass and Rally for Life in Washington, DC, spoke at the Los Angeles Congress youth day and was a keynote presenter at NCYC 2013 in Indianapolis. Bob has been married to Lisa for 29 years, has 5 amazing kids, and the 3 cutest grandkids on the planet.

Full of Grace tells the story of the Blessed Mother’s final days on earth. Surrounded by Peter and the remaining Apostles, she recounts the beauty and mystery of her experiences with her Son. During her last earthly days, she helps the early Church regain their original encounter with the Lord.

WHAT MAKES FULL OF GRACE DIFFERENT?

Full of Grace is a new genre of film. It is intentionally paced in a manner that draws the viewer into deep spiritual reflection. It takes what we know through scripture and tradition and artfully tells a story with great depth and insight. It causes viewers not only to reflect on the struggles of the characters in the film, but also to ponder their own personal walk with Christ.

HELP US SHARE THE MISSION OF OUTSIDE DA BOX

At the end of the evening we will ask the participants for a good will offering to support the continued
work and mission of Outside da Box. We will also have copies of Full of Grace for sale along with other OdB related merchandise.

Would you like to host a Full of Grace Evening of Reflection?

Yes! I’m ready to get started.

Full of Grace was produced by Outside da Box, a non-profit ministry. Any screening beyond “personal use” is required by law to have a license, which is usually accompanied by a fee that is used to support the mission of Outside da Box.